We've had had a particularlly productive September with major works going up on the London underground, and the Phoenix cinema East Finchley - as two local projects coincided.

Firstly, the Phoenix Cinema reopened after an extensive refurbishment, and we produced a artwork for their poster campaign on the Northern Line on the London Underground. This Poster was on display at high visibility locations in Camden Town, Kentish Town, Archway, Highgate, Finchley Central and High Barnet. It is also going to be produced as a commemorative poster available at the cinema. 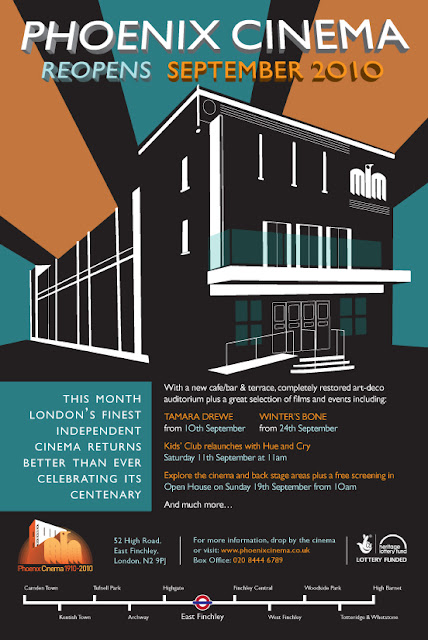 As part of the Restoration of the Phoenix, there we also four light boxes fitted to the exterior of the Phoenix. Each of these contains artwork covering a period of the Cinemas history. 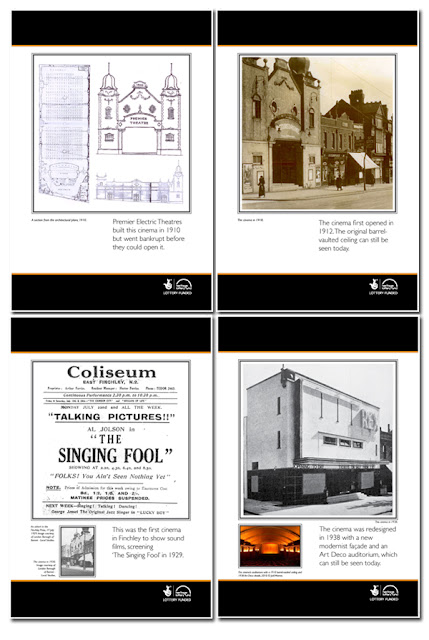 This month also saw the completion of the exterior works promoting the Finchley Society at four key key points at two underground Station. Totalling 11 artworks in all the goal was to create a unifed corporate look to promote the Society and attract a newer younger membership. These works can be seen at East Finchley and Finchley Central underground stations by their entrances and on the platform. 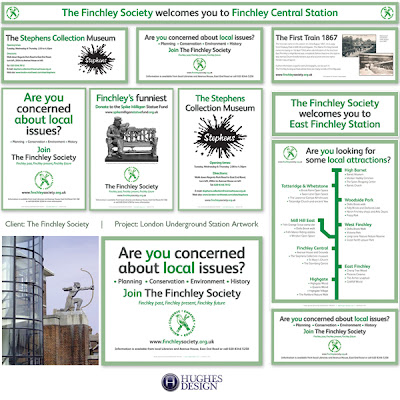 
Local Business researcher Olive Geoghegan came to us for a logo and website: Here are the rather pleasing results: 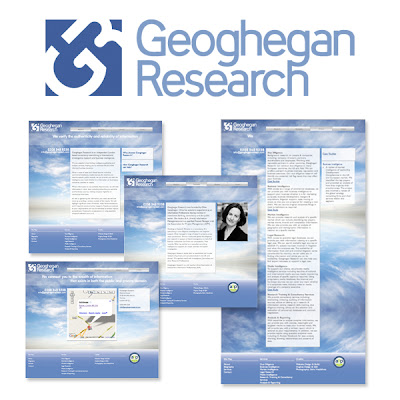